What is That Smell?

Smells come in wide range of types and severity! 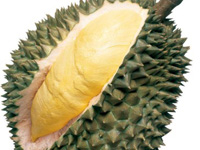 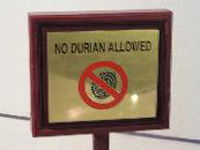 There is sometimes a fine line between what is considered a pleasant or neutral odour by some people, while others may find the same odour unpleasant or even unbearable.

Odours and our sense of smell are very much connected with how we taste things. For example, many people are familiar with how wine connoisseurs 'taste' wine. The 'nose' or 'bouquet' of a wine is very much part of its appeal and overall rating.

The Asian fruit known as Durian, sometimes called The King of Fruits, is described as "tastes like Heaven, smells like Hell"!

Its smell is so pungent that you can see signs banning it from hotels in Asia. Nevertheless, many people find it a delicacy.

The smells we most dislike and the ones we are most likely to encounter are those which come from the decay of plant and animal material, urine and faeces from animals (and humans) and animal territory or mating related sprayings and markings.

Smellgone products utilise friendly microbes (bacteria, yeasts, enzymes) to break down these noxious smelling organic compounds into carbon dioxide, water and to produce more of the friendly microbes. These 'good' guys outcompete the 'bad' guys, those bacteria often responsible for producing the bad smells, and so our Heroes provide ongoing odour control. 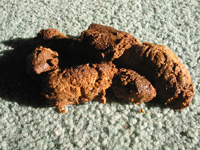 The particular chemical compounds thought to be responsible for most of the Durians unpleasant smell are known as Thiols or sometimes grouped together as Mercaptans. Thiols consist of a sulfur and hydrogen group joined to an organic carbon molecule. Thiols or mercaptans are the compounds which give faeces, rotting flesh and the spraying of skunks their awful smells. 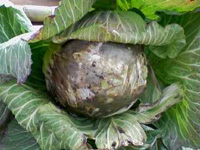 Methyl mercaptan is a colourless gas with a smell like rotten cabbage. It is a natural substance found in the blood, brain, and other tissues of people and animals. It is released from animal faeces. It occurs naturally in certain foods, such as some nuts and cheese. It is also one of the main chemicals responsible for bad breath and the smell in farts. 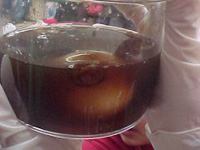 Rotten egg gas is produced where plant or animal material is broken down by bacteria, in the absence of oxygen. The Hydrogen sulphide molecule is made up of two Hydrogen atoms joined to just one sulphur atom When an egg goes rotten the bacteria breakdown the proteins (some containing sulphur) inside the egg, giving the characteristic smell. The same smell can also be found in the bottom of poorly mixed ponds or lakes

If you have been to a geothermally active area such as Rotorua in the North Island of New Zealand, then you may have heard the term "Rotten-rua", because of the Hydrogen sulphide smell from the boiling mud and geothermal waters very common in the area.

Some peoples farts can also smell of "rotten-eggs" especially if they have eaten foods high in sulphur compounds such as eggs, broccoli, cauliflower, brussel sprouts or cabbage. 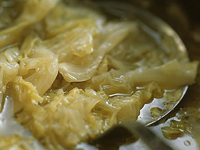 Another sulphur compound, this time one sulphur atom with two methyl groups added, a methyl group is a carbon atom with three hydrogen atoms attached. Believe it or not, Dimethyl sulphide is also produced by marine algae floating in the sea and is one of the compounds that gives that 'sea' smell. 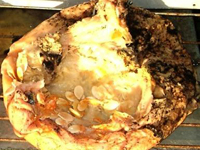 This sulphur compound has two sulphur atoms and two methyl groups, and has a general rotten vegetable smell

The methylamines are a byproduct from the bacterial decay of plants and animal proteins. The amine part indicates that Nitrogen is present, joined with one, two or three methyl groups.

These compounds can make truly awful smells which can seem to be a mixture of ammonia (see below) and rotten fish. Some chemical manufacturing processes can produce undesirable byproducts such as tri-methylamine. 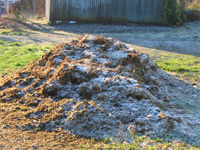 Animal urine contains nitrogen, which comes from the proteins that we or the animal eats. For animals that release a watery urine, the Nitrogen is in the form of urea and ammonia, and in humans uric acid as well.

For birds and reptiles, their urine is more a paste than a liquid, and it contains uric acid rather than urea. The final result is the same though, the wastes breakdown into ammonia. Have you ever been in a large poultry shed for instance and encountered the often very high levels of ammonia from the breakdown of the chook poo?

And just in case you were wondering, fish excrete straight ammonia, and sharks excrete urea like we do, but unlike us, fish and sharks get rid of most of these liquid wastes through their gills.

However when the shark dies, the urea present throughout the blood of the animal quickly breaks down to ammonia, producing that characteristic shark flesh smell. Hence the reason to bleed any shark that you catch and may wish to eat.

Smellgone can control the odours at your kennel, cattery, feedlot, poultry shed, compost or wastewater facility etc by working with you to develop a spray, misting or dosing program to suit your needs.

Application Methods: Smellgone uses a range of products and technologies to control the target odours. Both our dry powder and liquid products use pro-biotic (friendly) micro-organisms to eat up the wastes, the smells and the 'bad' bacteria responsible.

Odour Control Programs Constantly produced smells need more than a 'quick spray' to control the odour. Some of the most demanding situations are where domestic animals or livestock is being produced in intensive or confined conditions. Or where wastes or wastewater are being treated.